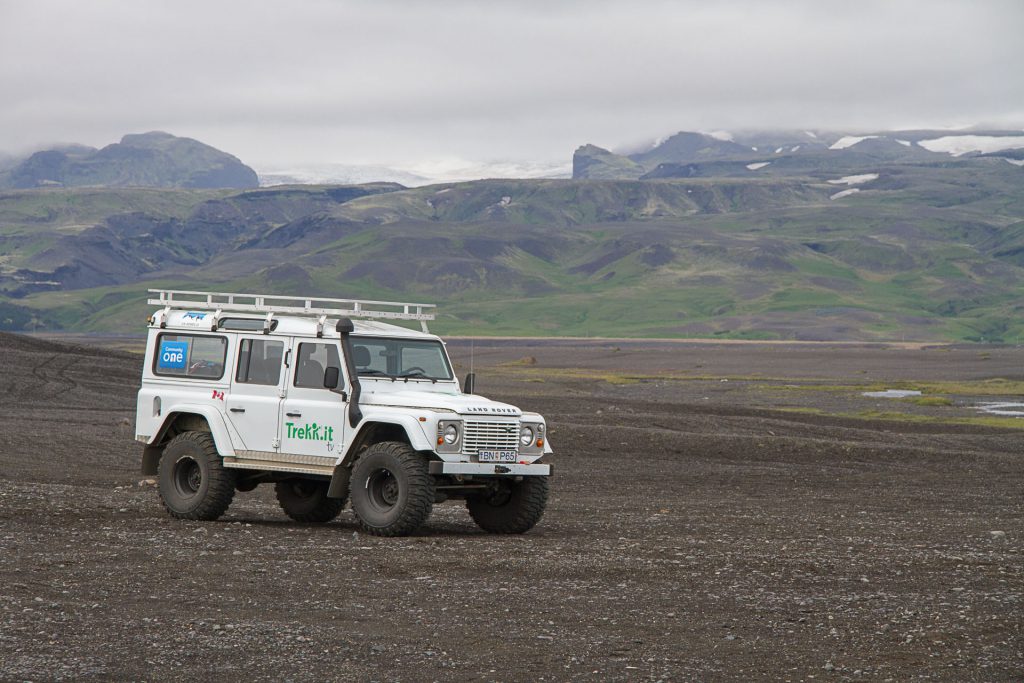 Outdoor adventures come in various categories. Some people travel to large alpine ski resorts and stay in luxurious condominiums and enjoy fine dining each evening. Some people travel to all-inclusive resorts in the Caribbean and lie on the beach sipping mojitos and for excitement go snorkeling over coral reefs. We on the other hand like to travel to places more off the beaten path. Ryan and I prefer to travel to locations such as Iceland, where we climbed on recently active volcanoes or strolled around pools of boiling mud along the Mid-Atlantic Rift. When we were in Norway, we climbed steep trails to peer over the edge of cliffs more than 600 m above the fjords. We also climbed over large glaciers in Norway and enjoyed a sip from the ice cold meltwater draining from under the 10,000 year old ice. Some people may find our choice of locations strange. Many people do not want to travel to places with poor weather, or spend hours driving between hiking locations, and some may even be put off by the lack of civilization in the areas we have travelled (restaurants and accommodations are usually scarce where we go). But this is what the Trekkit Team thrives on.

Different outdoor adventures require different vehicles to meet your needs. In some cases you have to compromise while in certain circumstances only one vehicle may do the job. I will discuss why we selected the vehicles we have so far on our Trekkit adventures, list the pros and cons, and discuss vehicle choices for our upcoming 2016 trip to the Scottish Highlands, and future Trekkit adventures. 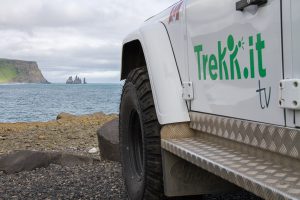 For Trekkit’s adventure to Iceland, we rented a Land Rover Defender. This was a hard core off-road vehicle. It was diesel powered with a manual shift transmission. It also had over-sized off-road tires, high ground clearance, and a snorkel air intake. The Land Rover Defender was very rugged and definitely an old-school machine considering it had been in production with minimal changes since 1948 (20 years before I was born). The Land Rover was selected for our adventure to Iceland because the plan was to drive the interior Highland Roads. To be clear, these roads are not paved, they are little more than a path, water crossings are plentiful and there are no bridges. This is where the 37 inch tires, 12+ inch ground clearance, and raised snorkel air intake were important. Our wives initially thought we got the Land Rover only because it was cool looking. The Land Rover Defender was amazing to drive on the interior roads and was essential during the water crossings, where water sometimes was above the hood. However, I must admit that the Land Rover had some shortcomings. When traveling on the paved roads, it wondered around as if the steering wheel might not be connected at all. The clutch was terrible, the brakes were frightful, and the engine barely had enough power to climb some of the hills. With the four of us on board, plus our luggage, we would frequently crest hills at very slow speeds after having to gear down to 4th, 3rd, 2nd, and sometimes even to 1st gear just so it wouldn’t stall. Comfort and ergonomics in the interior was minimal and I should also add that it consumed fuel like fish drink water. We never calculated the fuel mileage – it would have been too scary. Despite the shortcomings, it was a fantastic vehicle to drive in Iceland.

The Trekkit adventure to Norway was quite different than Iceland. We drove through the Western Fjords and visited waterfalls, glaciers, and gorges along the way but stayed mainly on the pavement. The infrastructure in Norway was outstanding. The condition of the roads was better than anything I have ever seen. The roads were very smooth and we didn’t see a single pot hole during the entire trip, and we only traveled on the back roads. However, as is common in many European countries, the roads are relatively narrow. In fact, at times you might forget that you are actually on a two lane road. The road was often too narrow for two cars to pass. Wider pull offs are constructed every few hundred meters to allow you to pull over when you actually meet another car. Therefore, we needed a small car and we didn’t need anything to travel off-road with.

We ended up with a Toyota Auris Hybrid (similar to a Prius in size). The car was small, very comfortable, and made driving the narrow winding roads very easy. The hybrid powertrain also delivered fantastic fuel mileage. Overall, we achieved close to 5 litres per 100 km (nearly 55 mpg) fuel economy on the trip. Great gas mileage was important, as Norway is the most expensive place in the world to buy gasoline (upwards of $2.50 per litre). Perhaps this is why electric vehicles are so popular in Norway. In fact, the completely electric Tesla Model S luxury car is the #1 selling vehicle in Norway. Electric vehicles in Norway are exempt from tolls, ferry charges, and parking fees – attractive indeed. Did the Auris Hybrid have any drawbacks? Yes, it was small and we had trouble fitting our luggage in the car, especially Ryan’s giant suitcase. The car was also low on power which wasn’t a big deal as the speed limit was typically between 50 and 70 km/hour on most back roads.

We spent considerable time deciding what we needed for transportation during our upcoming trip to the Scottish Highlands this spring. There will be four of us on this adventure so we will need more space. However, similar to Norway the roads will be narrow, so we don’t want something too large. We thought we might end up with a midsize sedan like a Vauxhall Insignia, or the very popular Skoda Octavia Estate (wagons are very popular throughout Europe). We considered even larger vehicles, something comparable to a minivan – like the Citroen C4 Picasso. All the cars I just mentioned are not available in North America (some of the options have interesting names though). 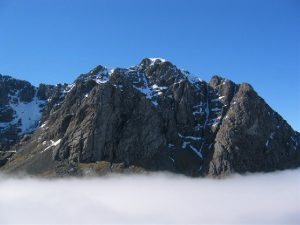 Our biggest issue during the planning stage was finding accommodations on the Isle of Skye. There are not many places to stay and we soon discovered that most were already fully booked for the summer months. The second issue was trying to decide where to stay and when, as we will be travelling all over Scotland on the trip. We want to minimize any unnecessary driving related to the weather. Scotland is known for wet weather and we have planned several major hiking days that will be best enjoyed in good weather. On past trips, we have simply worked with the weather we have. In contrast, on this trip we plan to adjust the itinerary and locations for each day based on that day’s weather forecast. This means that we don’t know where we need to be on a given day. A few weeks ago, Ryan called very excited with a fantastic idea; he had realized that we should rent an RV and just live in it during the trip. That way, we can just stay where we happen to be based on the changing itinerary. It was a brilliant idea. We are now renting a big RV (28 feet long and 10 feet high) – this in itself should provide numerous interesting and entertaining experiences. Imagine four guys living in an RV and driving around the Scottish Highlands and Ryan won’t have to ever worry about finding a bathroom on the trip.

Regardless of the vehicle selected, the most interesting attribute of the vehicle will be that the steering wheel is on the wrong side of the car and that we have to drive on the wrong side of the road. Furthermore, this means that roundabouts will be navigated clockwise, opposite to what we are accustomed to here in North America; because of this, I am sure we will have some entertaining stories to tell from the trip.

When we are traveling, we occasionally talk about where we would like to go in the future. I have been pushing the idea of an entirely new adventure for the Trekkit Team. An adventure that would definitely push the boundaries of what we have ever done before. This would be an adventure so big and ambitious that it might take us several years to plan and prepare for the trip. I would like to drive motorcycles from Atlantic Canada to the southern tip of Argentina (off-road where possible). Yes, that is correct – the southern tip of South America. Now I realize that this would be a major undertaking and most of us do not even have a motorcycle license at this point. That is why I am proposing a shorter trip to start with, perhaps a trip across the Trans-America Trail (the “TAT”). The Trans-America Trail starts in Southwestern North Carolina, and ends at the Pacific Ocean in southwestern Oregon – nearly 8,000 km of mostly off-pavement riding. The route consists primarily of dirt roads, gravel roads, jeep roads, forest roads and farm roads. Occasionally, you end up traveling through dried-up creek beds and riding atop abandoned railroad grades. The trip typically takes 3 weeks to travel from coast to coast. Based on the amount of off-road riding, the obvious choice would be a dual sport motorcycle. It would be an amazing trip! Stay tuned to see if I can eventually convince Ryan to tackle this adventure.

To keep up to date on all the Trekkit adventures please signup to our Newsletter and catch us anytime on Trekkit TV.